This post was written  November of 2015. It was put on the backburner until now. I apologize it is out of the timeline/order of our travels.

Ah, it must be dawn. The familiar short bursts of errrtz, errrtz is penetrating my sleep. Numerous bow thrusters are hard at work pushing water to move the boats away from the dock. The lines are tossed by dockhands to the crew as the boats drift away from the slips. Many thanks and waves are sent to the dockhands as the crews begin clearing the lines and fenders from the deck. The boats are ready for the next leg of the adventure south. The mass movement of boats from north to south has begun.

For those of you not familiar with the event on the Eastern Coast of the USA this is how it goes: Many boat insurance companies require boats to be above a set line for hurricane season. The alternative is to pay an exorbitant rate for boat insurance in order to stay in an area considered by the insurance company as a hurricane prone area during hurricane season. On the east coast, the line is generally just north of the Florida state line. The requirement is for a boat to be above the line from June 1st until November 1st. After November 1st boats start moving south again.  Quite a few boats start the move in October from Canada and the northeastern USA so they can be near Florida for November. Therefore, every May and June and then again in November and December boats are moving up and down the east coast. Whenever you meet someone new the conversation is broken into two seasons, “What are you going to do for hurricane season” and “Where are you going after hurricane season?”

Waiting for a weather window to move south. A bird watches Mark who is doing a crossword puzzle

When we decided to live on a boat and cruise I had a lot of questions about the lifestyle. Now that we have a blog I am asked about the lifestyle. I try to pass on what we have learned along the way. Our hope is it will help others who have the same questions. We are finding there are a lot of ways to live this lifestyle. In my “Two Cents Worth” post awhile back, I wrote about a few of the different ways of cruising we had come across. Since we started cruising I have learned about a few more options.

The perception of the traditional manner of cruising is actually more nontraditional. I think for most people, cruising conjures thoughts of boating around the world, often staying out on the ocean for days or weeks at a time. Not everyone circumnavigates the globe. We are finding this has become less common over the years. It is not as friendly of a world as it used to be. There are a lot of places in the world that impose rules, restrictions and fees on foreign boats and visitors which make it difficult as a cruising destination. There are places that are simply not safe to visit as well.

It seems most cruisers have a list of places they want to visit. It might be a list of just the Caribbean Islands or all of South America for example. We’ve met people who have spent three to six years just hoping around the Bahamas and Caribbean. We have met people who have circumnavigated the globe as well as others who stay in the coastal waters of the USA. They all have an idea of where they want to go and no two are the same.

Early morning. The marina is full. Boaters are getting ready to head further south

It seems people tend to cruse an average of 6-10 years. We’ve met cruisers who have been out longer (12-20 years) and shorter (2-5) but this seems to be the most common amount of time people cruise.

Hopping: So far, the majority of the people we have met prefer not to make long passages. For the most part they sail for one to maybe four or five days at a time. There are exceptions, of course, of people who do longer passages.  A lot of cruisers leave port early in the morning and arriving at a different port that afternoon or evening. Some only go to marinas, some only to moorings, some anchor the entire time. Others mix it up with a little of all three.

From A to B: Another method we have encountered is the “From A to B Cruising”. Cruisers keep their boat in Port A during the winter and Port B during the summer. They go to the same area each year. The boaters will hop from port to port until they reach their final destination. It is similar to some RV travelers (sometimes called snowbirds, winter Floridians…etc). The boat is the vehicle that gets them to their destination where they put down roots for the season. They know fellow boaters who they join along the way and have fun getting to their seasonal home.

Some boaters have the type insurance that does not dictate where they need to be for hurricane season. For those boaters the move north or south is about being in a more comfortable climate. Or just to be with familiar faces and cruise with friends.

So there you have it, a few more ways to enjoy this lifestyle. We are still early in the game and still learning as well. All in all it is a nice lifestyle. It is challenging, exciting, frustrating and fun all rolled into one.

One more choice of cruising. There is always this method: 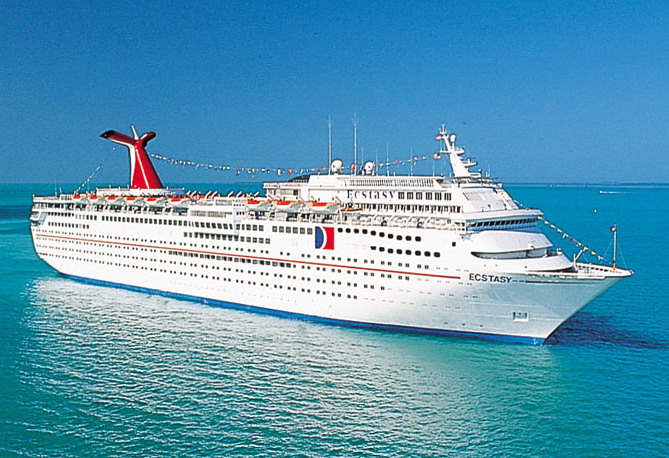 Another way to cruise

This website uses cookies to improve your experience while you navigate through the website. Out of these, the cookies that are categorized as necessary are stored on your browser as they are essential for the working of basic functionalities of the website. We also use third-party cookies that help us analyze and understand how you use this website. These cookies will be stored in your browser only with your consent. You also have the option to opt-out of these cookies. But opting out of some of these cookies may affect your browsing experience.
Necessary Always Enabled
Necessary cookies are absolutely essential for the website to function properly. This category only includes cookies that ensures basic functionalities and security features of the website. These cookies do not store any personal information.
Non-necessary
Any cookies that may not be particularly necessary for the website to function and is used specifically to collect user personal data via analytics, ads, other embedded contents are termed as non-necessary cookies. It is mandatory to procure user consent prior to running these cookies on your website.
SAVE & ACCEPT
Posting....